You might experience minor roof leaks from time to time and consider them to be too inconsequential to fix, especially if they're in a laundry or out of the way area. However, you shouldn't ignore even little drips from the roof, no matter what. Consider the following problems that could arise eventually, as a result.

Roof cladding is meant to keep the roof cavity bone dry, even during heavy storms. If you experience dripping from a ceiling and leave it to worsen, the moisture will build up until it causes ceiling mould and mildew to develop on the plaster. Not only does this impair your home's air quality, but it means you'll have to pay for additional repairs to the ceiling, as well as getting the hole in the roof cladding fixed. If you hired a roof plumber to check the issue when it first happened, your repair bill would be much lower.

Timber doesn't fare well when exposed to continual water and moisture, which can cause it to rot and warp. That's another reason why you shouldn't ignore drips from your ceiling. Underneath the roof cladding, lies a network of rafters that carry the tiles or metal sheets that show on the exterior. If you allow water to saturate these timber beams, they can rot and become damaged. Thus, arising from a simple hole in the roof is possible structural roof damage, which could need extensive repairs.

As well as showing signs of mould and mildew, you may notice the ceiling plaster sagging and bowing. This suggests it's weakening, and in the worst-case scenario, the ceiling could collapse altogether. Such an occurrence would be frightening, likely to cause shock and injury to anyone in the room underneath. You'll go through the massive inconvenience as well of fixing the ceiling, with uninhabitable places below. Building a new ceiling is another significant and unnecessary repair.

Another reason you shouldn't ignore a leaky roof is that it indicates holes in the cladding, which allow the outside air, as well as water, to enter the roof cavity. This makes a home less energy-efficient—here's why. The roof cladding provides some insulation against outdoor temperatures, helping your home to be self-regulating. During winter, if cold air enters the roof cavity, then the ceiling plaster is the only barrier between the heated rooms and the cold air above. As plaster is not designed to be insulating, the heat in your home will quickly move through, and, as a result, you'll need to turn the heaters up to keep your house warm. The reverse will happen in summer, as hot air gets in the roof holes and warms up your home when you're trying to cool it down.

If you need help with your roof, reach out to a local roof plumber. 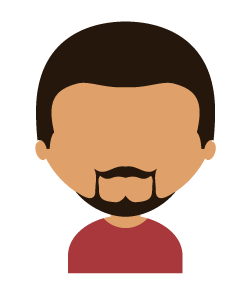 Hello, my name is Richie and this is my new roofing blog. For a long time, I didn't think twice about my roof. I paid a lot of attention to the rest of my home, but my roof was so hard to see that I just forgot all about it. My roof gave me a big reminder one day during a rainstorm when it began to leak. Water poured into my bedroom and started to floor the place. Thankfully, I know a guy who is an emergency plumber. He came right out and repaired the roof. Once the situation was under control, he also took the time to educate me about roof care. Since then, I have taught myself everything I need to know.

The term granny flat may be widely used in the UK …

Home roofs use various materials, which you should …

Are you looking to replace your home's roof but ar …